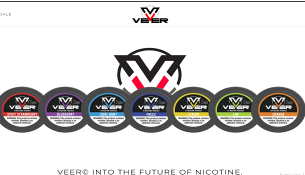 Taxes are fast becoming the defining issue for the legislative session in Nashville.

Two different taxes are taking center stage. One is for cigarettes. The other is for groceries. Governor Phil Bredesen, (D), wants to bump up the tax on a pack of cigarettes by forty cents a pack to increase funding for education. Republican leaders in the General Assembly want to lower the state tax on food. But a surplus of tax revenue at the state level has local Republicans asking questions.

“If we raise taxes on tobacco and don’t have a reduction elsewhere, what are we going to do with that surplus and that bothers me,” says Knoxville State Senator Tim Burchett, (R).

“From what I’m hearing, the Governor doesn’t have the votes to pass the tobacco tax increase,” says GOP House member, Stacey Campfield of Knoxville.

A forty cent hike in the cigarette tax would bring an additional $219 million in state tax revenue. But, offset that by the food tax, which last year brought in $465 million.

If the food tax was cut by just ½ percent, that would be a $39 million loss for the state coffers.

The Governor has softened his stance on a possibly reduction in the grocery tax. And with that surplus, the political reality is that the hike on cigarettes, at least at forty cents a pack, may not happen either

“Sometimes politicians are checkers players. I think the Governor is a good chess player, he’s a strategy guy,” says Burchett.

“We’ve obviously over collected from our constituents money, let’s give them back some money by removing the sales tax on food,” adds Campfield.

Tennesseans spend $7.75 billion a year on groceries according to state revenue figures. The state tax …